Each year changes can be made when you have a pay to dig site. This year we found Blaze N’ Gems revamped up top at their mining site with a new shop down below the mountain where you can pan, buy gravel and wash it right there on the spot. The entrance to the mine was closed off, new entrances were made and heaps of gravel blocked the entrance site to the point you wondered how to get in. With that difficulty in mind, we just kept on moving and went to Blue Jewell Mine instead which is just around the corner. 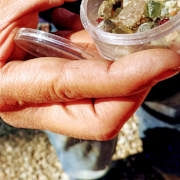 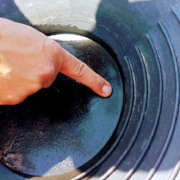 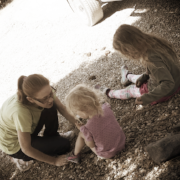 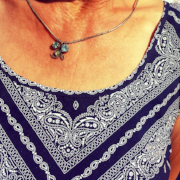 As we arrived there was another crew digging.  After the lead came up and introduced himself as John Keith, he told us that the owner, Bruce had told him we would be showing up and thinking about taking some footage. We knew that there was a group from Kalispell digging 11 buckets and another in the afternoon that was going to dig 7. 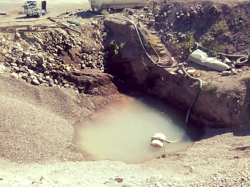 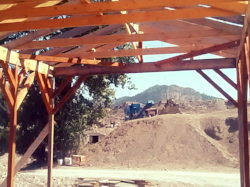 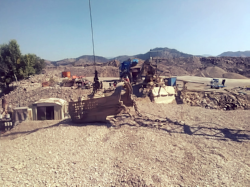 Bruce arrived shortly and gave us a quick demo of how his operation is set up to find sapphires. He assured us there is only digging at his place BY APPOINTMENT ONLY!!!! Thank heaven I called before we came because I learned that last year. But with 2 quick dips of his screen he showed a nice sapphire in his hand of how they are found with the shake. The heavies fall to the bottom quickly and the technique is quick: up and down, side to side just a few times.

We got some video of the basic operation, we found out that Blaze was gone off to Utah to celebrate his birthday and no one was home at his mine. Sure enough down below on York Road we found out the same thing with the gate closed and a sign that said, “Open on Monday!” So much for sapphires, we got what we wanted: video of Vigilante Gulch, the jigs a running, and the networking knowledge for sharing on our webpage. Besides, we will be back through and check out Blaze’s new digs.

Finding Gold With Your Sapphire Search

This is the gold we got from 5 buckets of tailings from the Blue Jewel Mine. If you have ever been gold prospecting looking for gold you know how hard it can be it's great when you can just shovel it up right off the ground.