New Approach to Outing Reportings: Will Go There, Then Tell You About It Plus Some Links for More Information 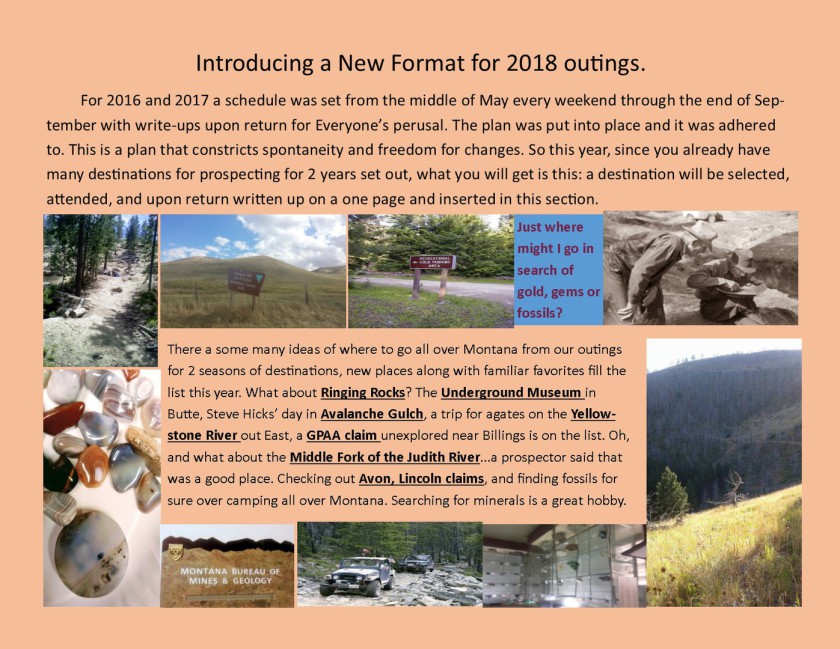 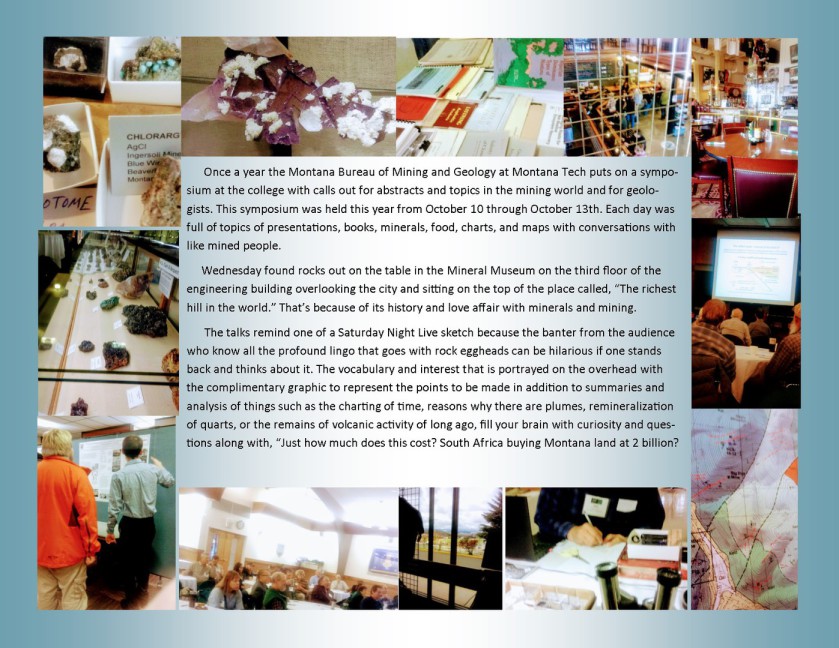 October 8th, Monday, 22nd Outing, Great Falls, Montana even thought the season is over, one can still find rocks in the most unusual places 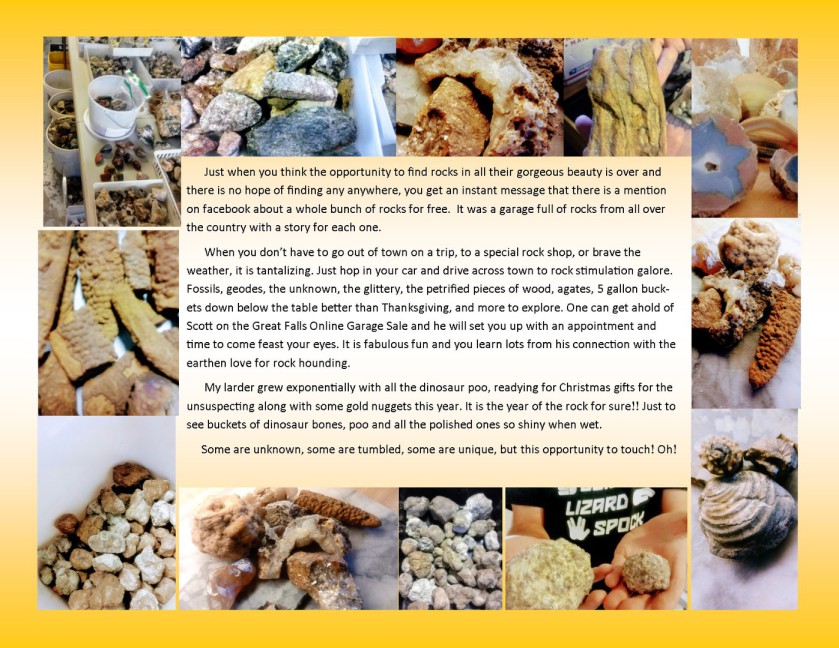 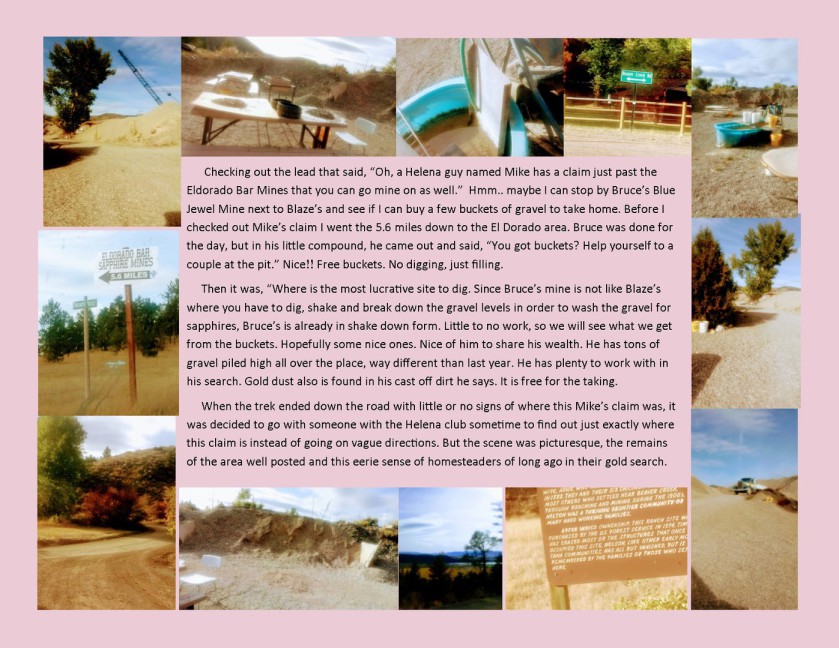 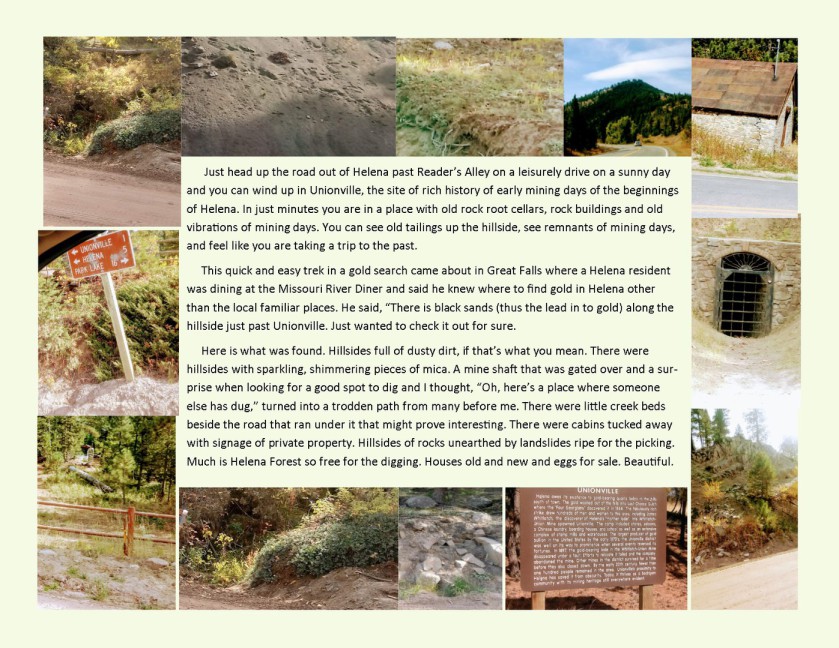 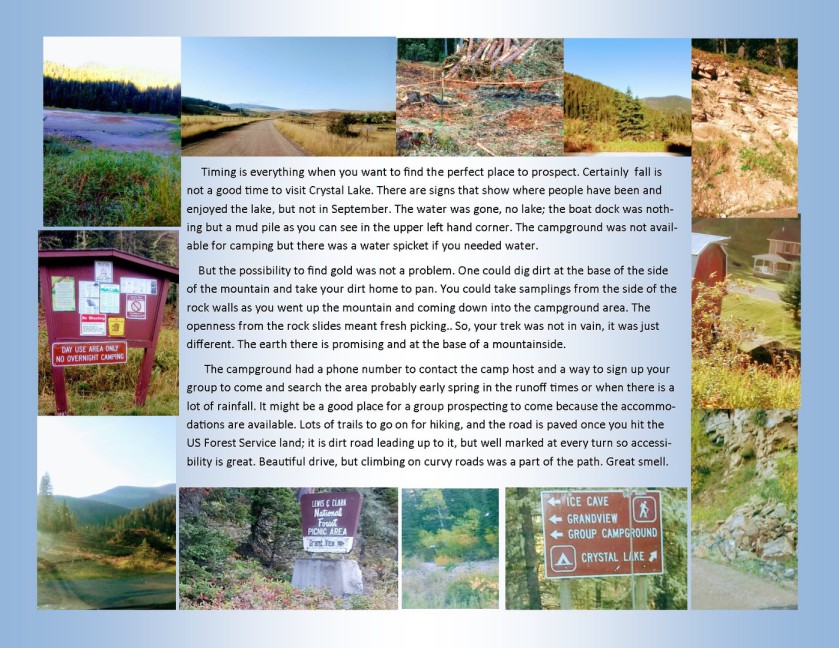 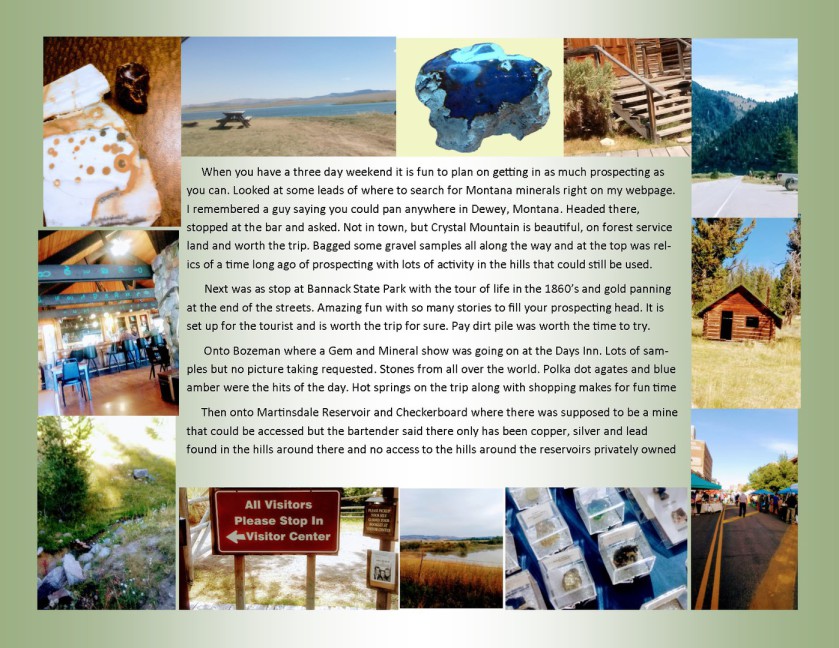 Could be called a gold search too 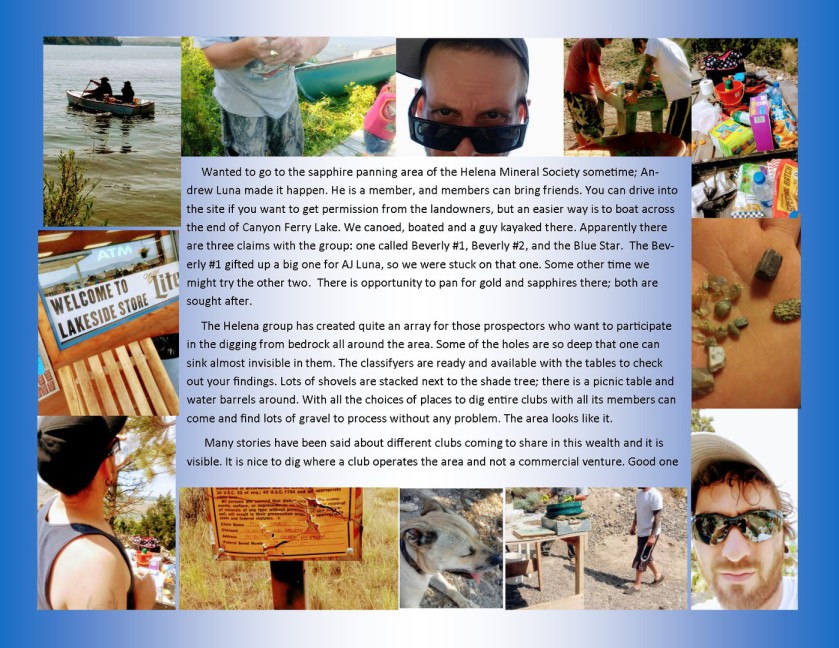 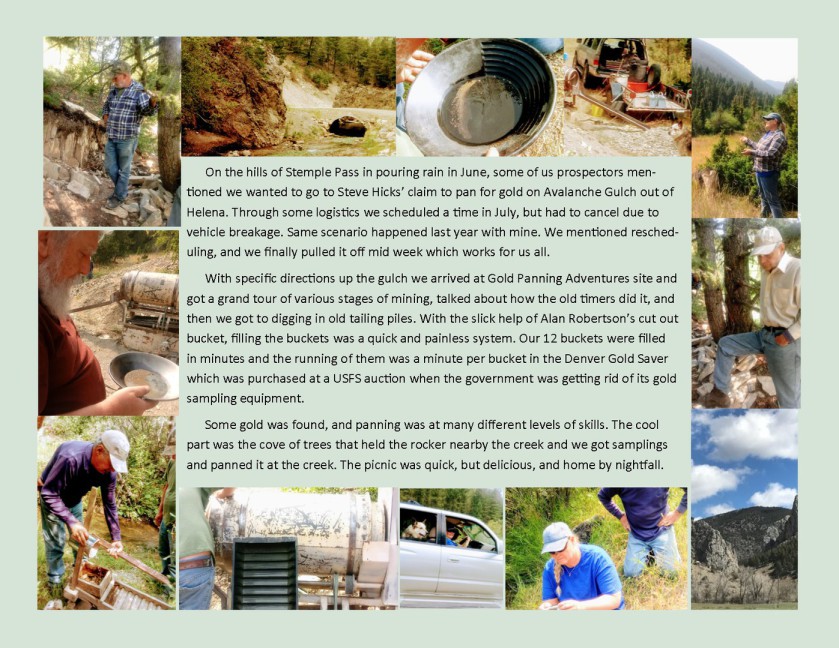 Scenes of the Day on Avalanche Gulch 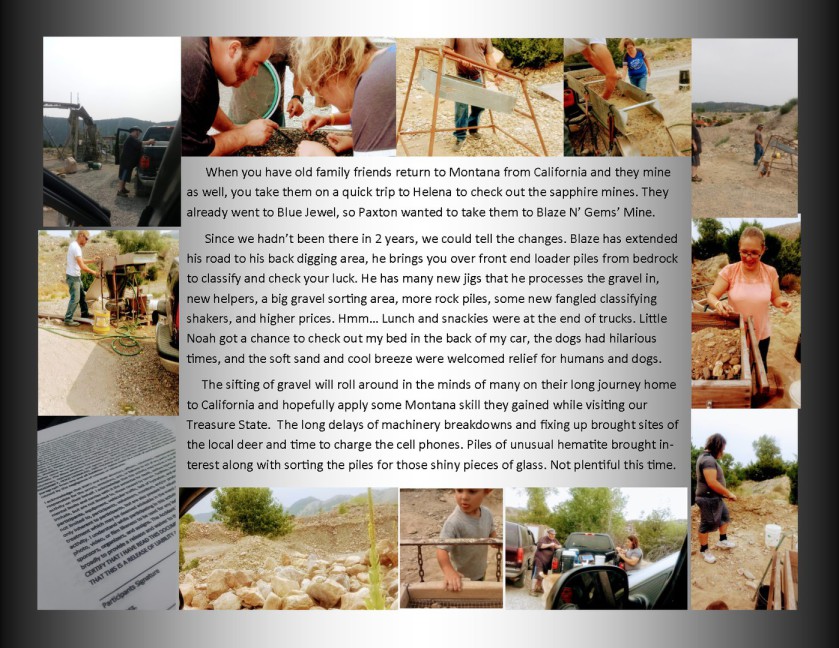 August 11, Saturday, 14th Outing, Gold Panning On GPAA Claim (actually Tim's claim too from Helena Club), Helena (Rimini), Montana. Plus a stop at Good Samaritan Thrift Store netted rocks in bags and in a table already made up for you!! 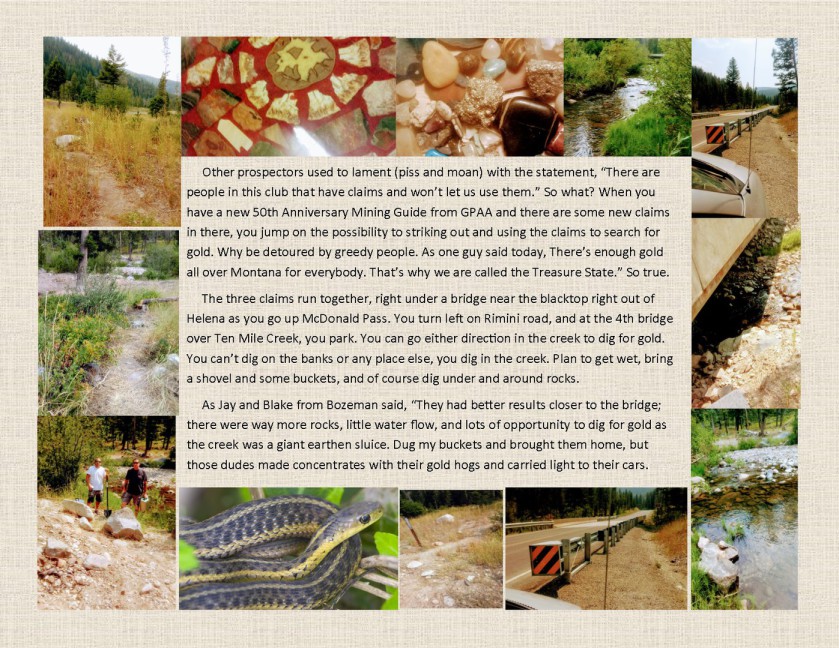 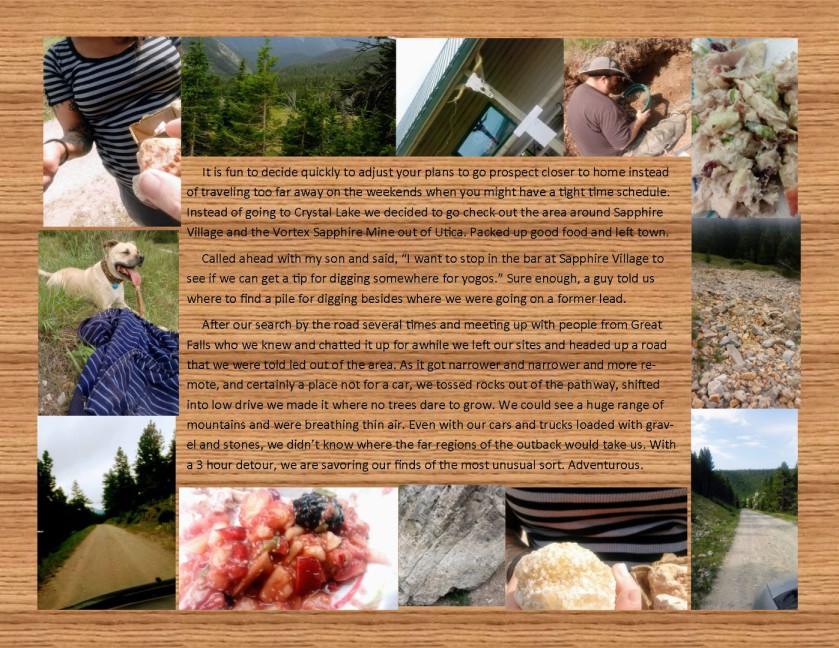 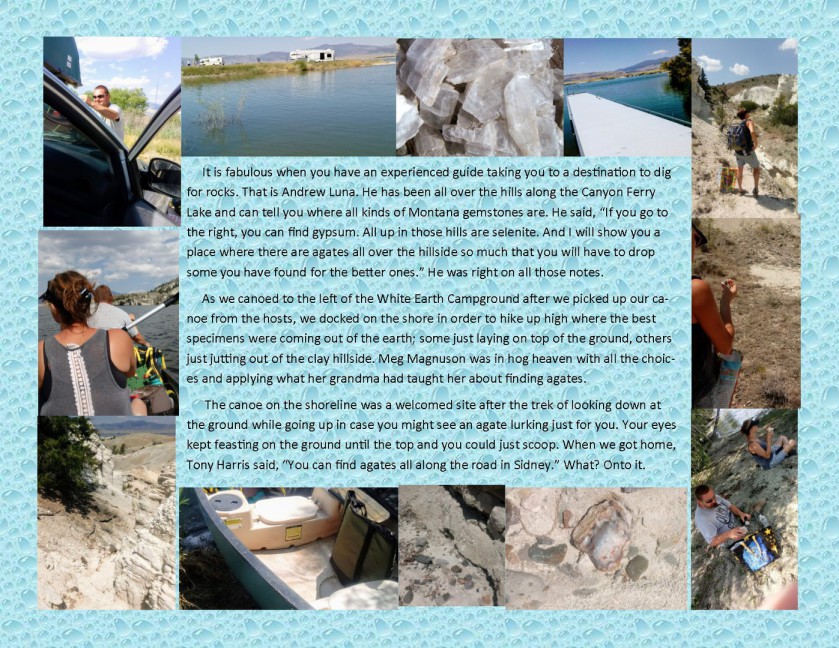 July 21, Saturday, 11th Outing, Blackfoot River Chapter of GPAA Dig and Business Meeting with Texan, Will Heierman, Presenting Facts, Experiences and Advice in Dealing with the US Forest Service 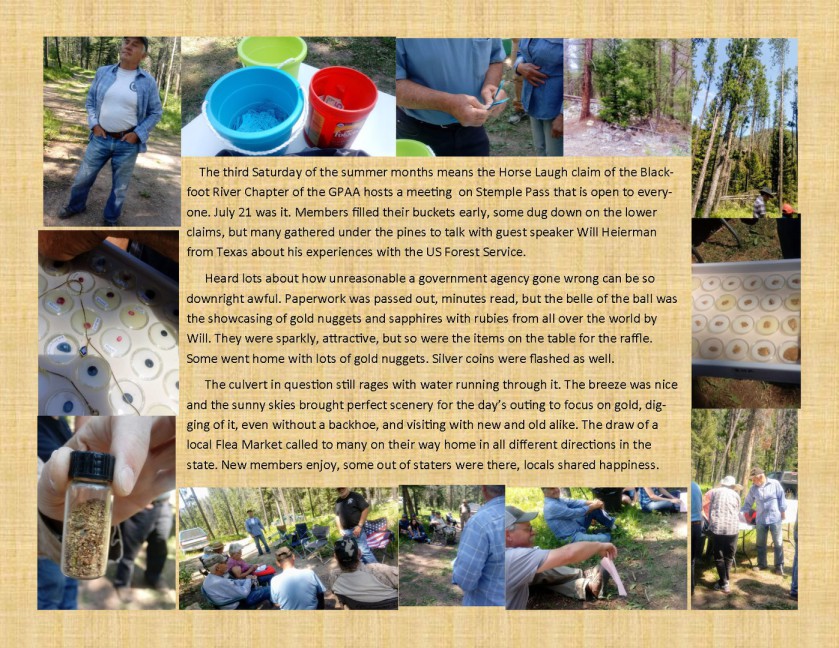 July 14, Saturday, 10th Outing: Telegraph Creek out of Elliston, Montana, with Andrew Luna Digging Crystals. Check out the Video of His Diggings Below our Scenes and Write up 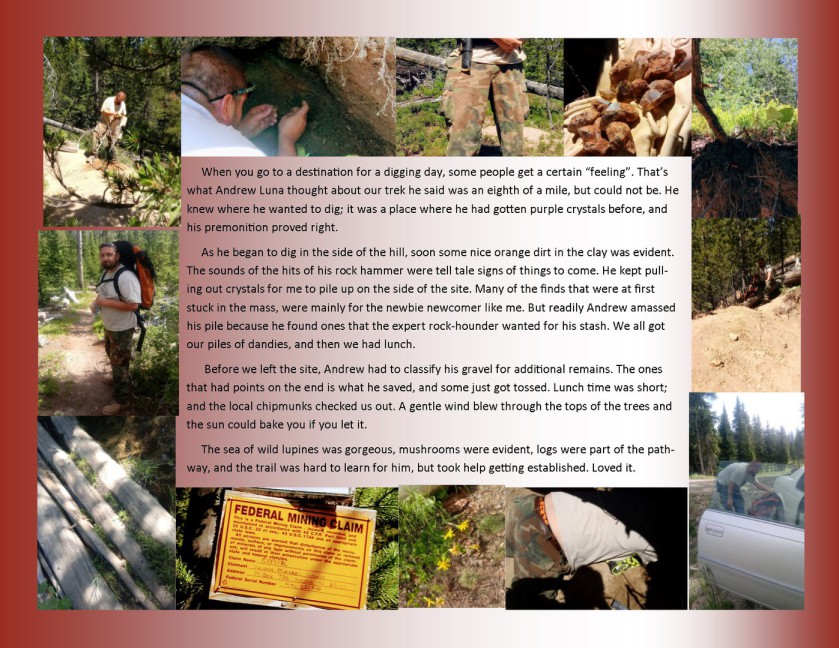 This same weekend with crystal hunting out of Elliston, Montana hills the Fudge Family from Great Falls were at a camping retreat for the hearing impaired and deaf at Lolo Hot Springs and they had the opportunity to dig for crystals as well in the volcanic hills around the area.

Apparently the shady side of a rock has the crystal formed as one cannot find them on the sunny side. Talking with the locals who can show you where to dig, one can get crystals there as well. Althought the family thought the crystals from Elliston were bigger and better.

Just fun to gather them fresh from the earthy vein found in both places. 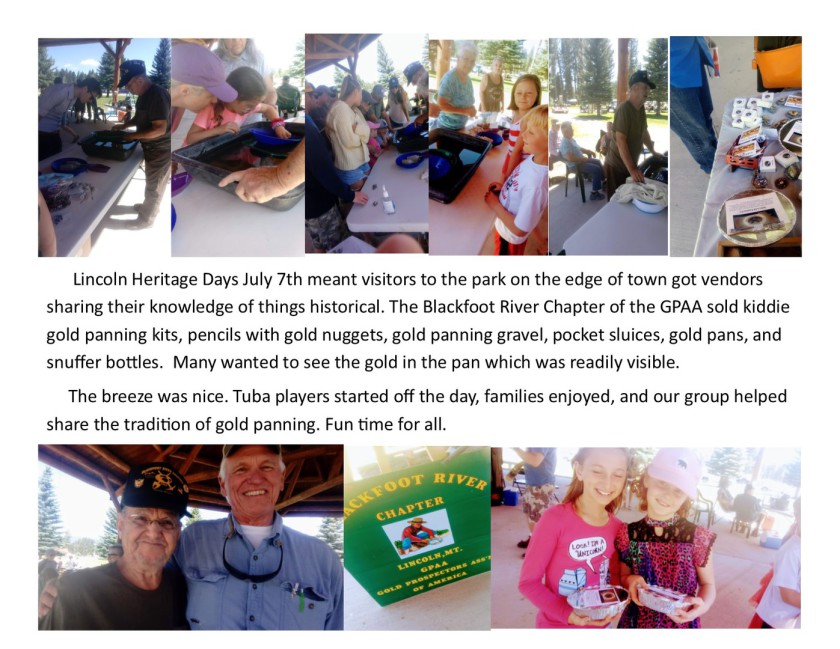 July 1, Sunday, 8th Outing: Helena Sapphire Panning at Blaze N" Gems in the Helena Valley teamed with visit to the Trex Agate Shop in Bynum more about both places by clicking on the buttons below 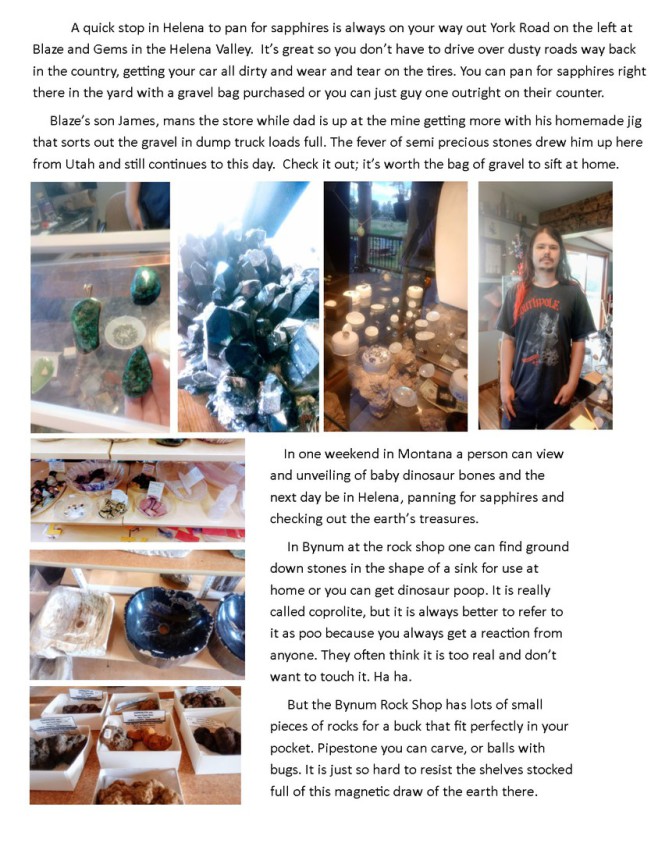 June 30, Saturday, 7th Outing: Two Medicine Dinosaur Center for the 40th Birthday of the Discovery of the Maiasaurus

June 24th, Sunday,  6th Outing:  Going Only As Far As the Backyard  Experimenting with a Homemade Dredge 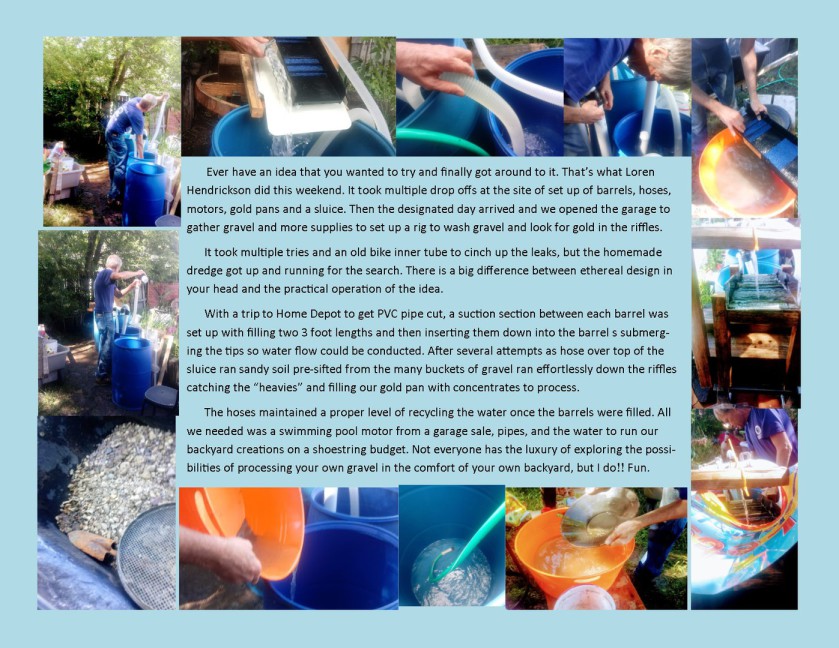 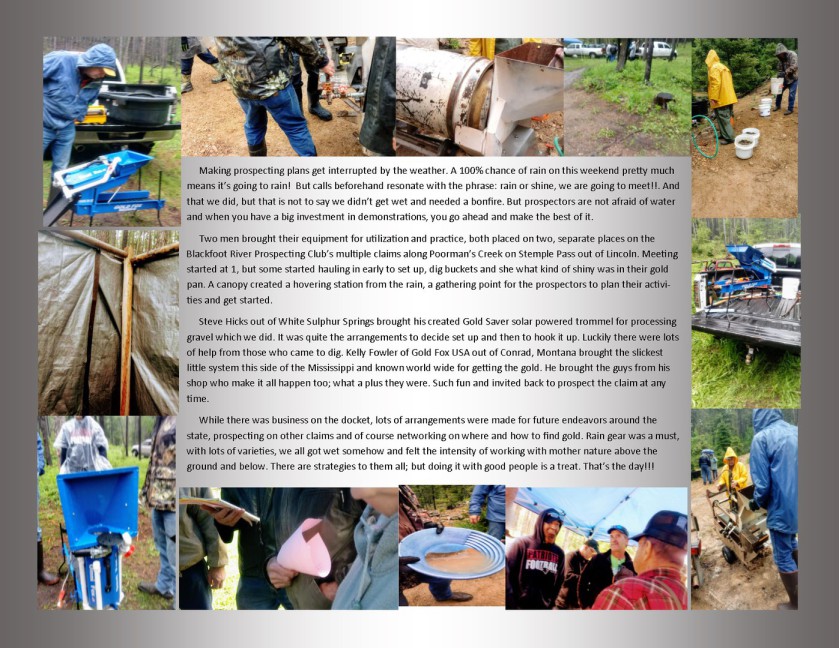 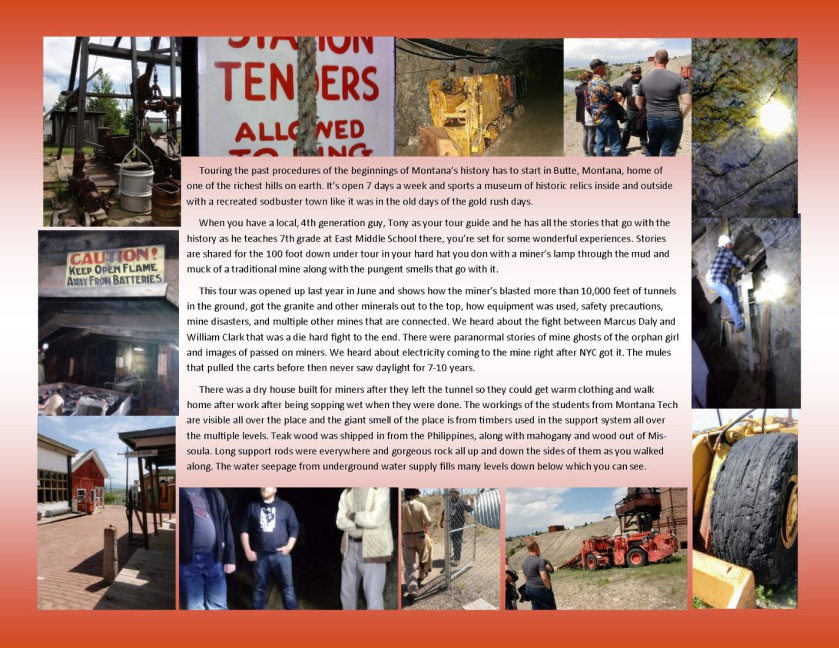 June 2, 3rd Outing of the Season: A Trip to a Prospecting Equipment Manufacturer...Gold Fox of Conrad, Montana    FABULOUS!!!!!! 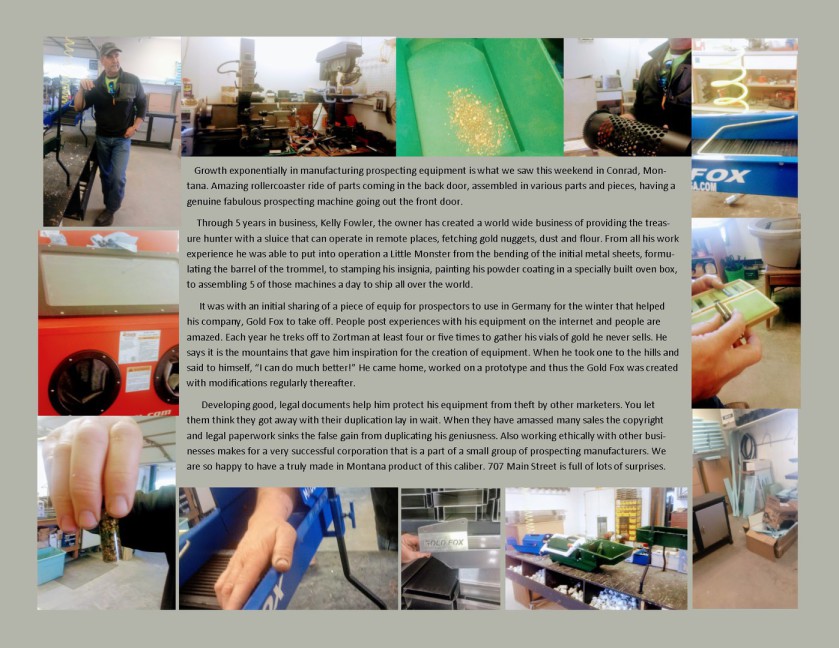 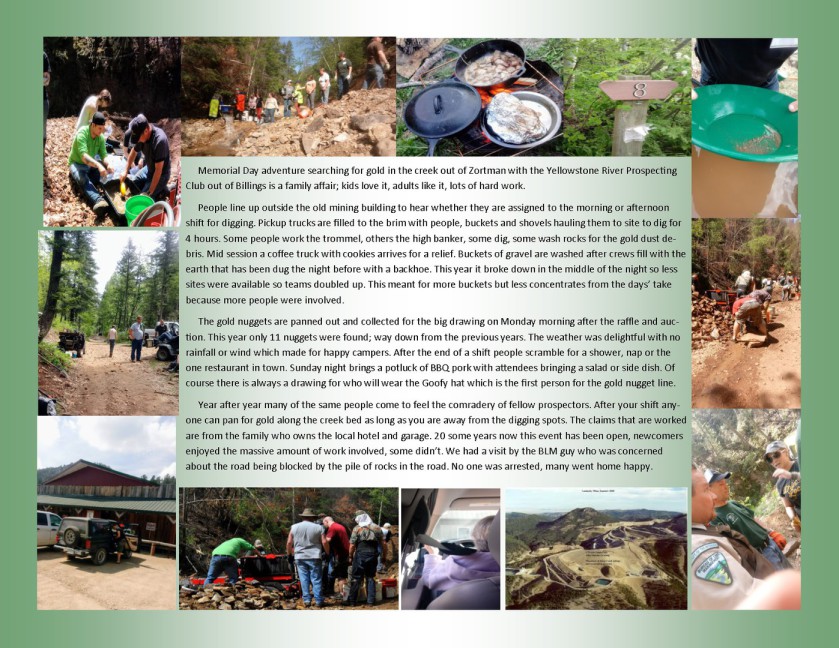 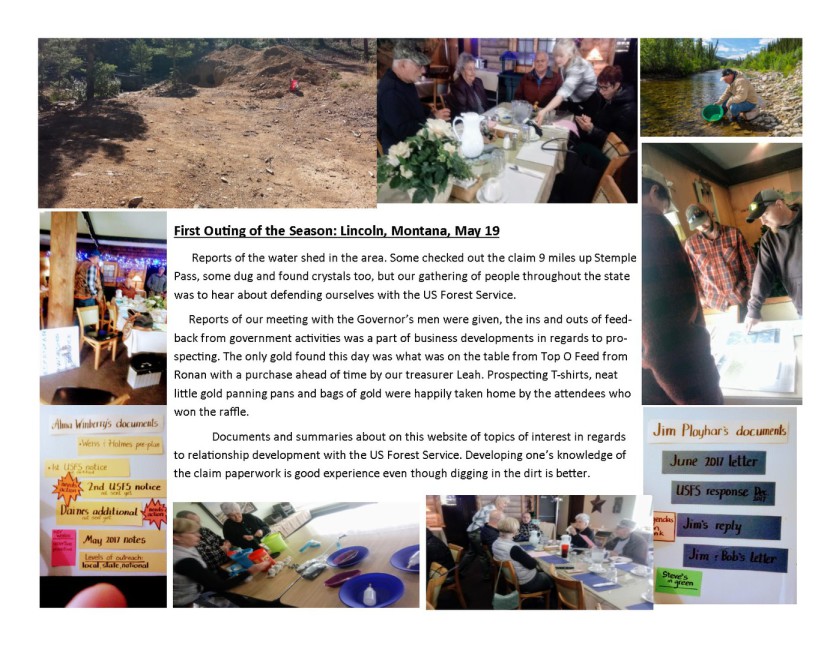