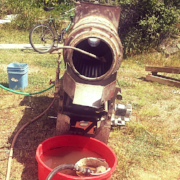 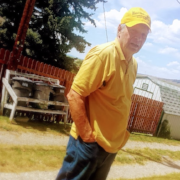 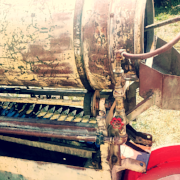 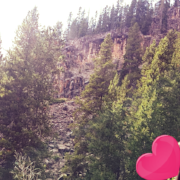 Ever try to do one thing and you wind up doing another? That’s what happened this weekend. It was the intention to go to the Cooke City to prospect for gold on the Gold Prospectors Association of American’s claim but my car dies before leaving town.

With regrouping we drove to Helena, picked up another car and headed for White Sulphur Springs. It was an intended stop along the initial route to Cooke City, but became the destination for the day. From a May invite to see his solar powered trommel, the time was right to check out Steve Hicks’ solar trommel.

In the heat of the day web designer Taigen Pyne and I found an elaborate set up of prospecting pumps, motors, cords, rocker and solar panel along with the Gold Saver trommel. The array was interesting because you didn’t know what to ask questions about first as to how they worked and what they did. 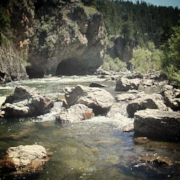 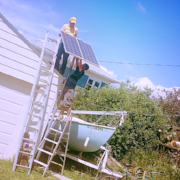 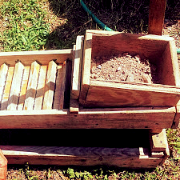 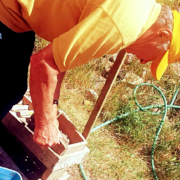 But with ease Steve started explaining how things worked and we began recording his expertise. Learning what this veteran had to say about his resources and use of prospecting equipment was invaluable. He told us of his clever ways of creating solar powered sluices, how purchasing motors from the junkyard worked well and the capacity of handling large amounts of gravel on site with his equipment without the smell of gasoline, the noise of those engines and the expense they accrue. The twenty years of owning this equipment has not cost him much money to prospect on his gold claim.

Videos of the visit can be seen on our drop down button called Green Prospecting. And even though the heat caused our cell phones warnings of high temperatures, we were able to cool them down quickly and survey the set up readily. We relished in our experience and learned that solar energy is a fine way to go in the search for gold. Some other day we will get to Cooke City, this was a hit for sure. 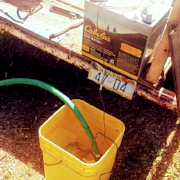 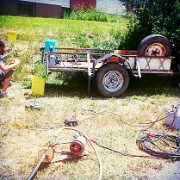 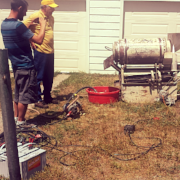 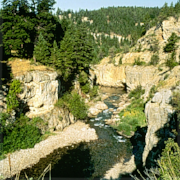